If it’s ever completed, South Dakota’s Crazy Horse Memorial will be the largest statue in the world. The gigantic structure will feature the Lakota leader’s face, upper body, and mount, and will dwarf every other monument and memorial on Earth. Crazy Horse’s head and headdress, for instance, will be larger than Mount Rushmore.

If, that is, the work is ever completed. The first blasts to transform Thunderhead Mountain into a memorial were in 1948, and since then, only Crazy Horse’s face has been totally carved. The memorial is also controversial among present-day Lakota, many of whom do not think that blasting into a mountain is the best memorial to Crazy Horse. One person who’d almost certainly opposed to the memorial is Crazy Horse himself. The Lakota leader did not allow himself to be photographed, and turning his image into a statue of epic proportions seemingly runs counter to what the man himself believed in. 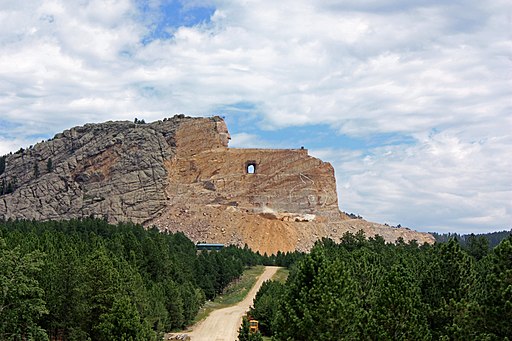